This has been broken for a long time, not sure whether there ever was a bug report.

If you have dupes load atmo-suits into a compactor in a rocket, they ignore the weight limit and just put in _all_ of them. It is annoying. You have to produce more replacement suits after the rocket is gone.

In the example there should be 5t of suits, instead all of them (13.2t) have been loaded: 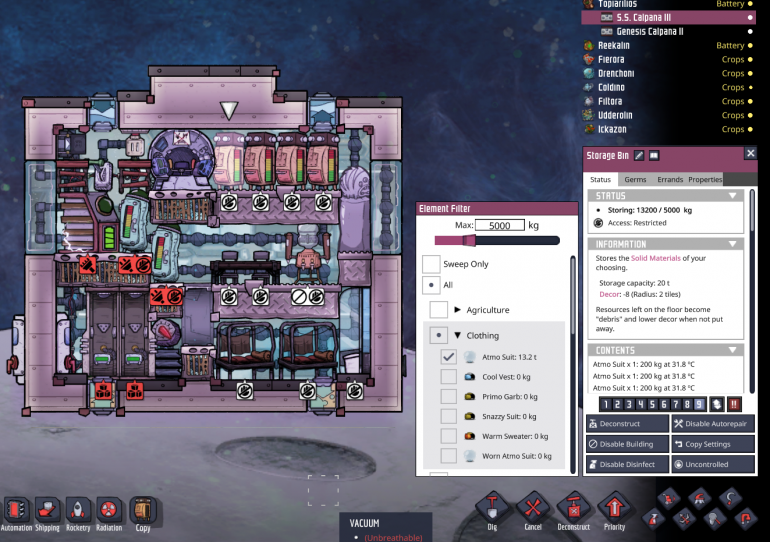