Tiles tend to get damaged by unexistant liquids or by existing liquid but with no pressure.

A am attaching a screenshot when you see a tile which was supposedly overpressurized by water which below it. 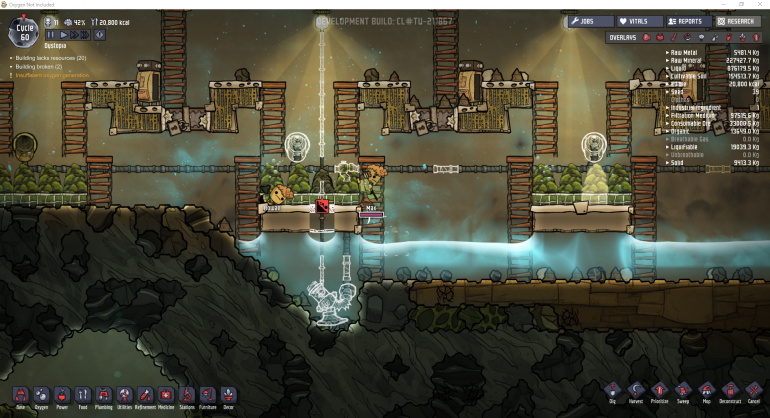 Steps to Reproduce
First type of bug cannot be reproduced. It might be happening in areas where liquid is dripping, but honestly I haven't noticed any appearance of liquid nearby damaged tile. Second type appears nearby liquid where liquid wants to stick to the tile (see the picture).
Sign in to follow this
Followers 2
Go to bugs