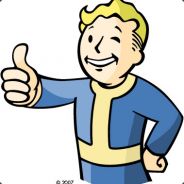 Since the last hotfix my Cool Steam Vent (why is it called cool btw? 100°C doesnt seem cool to me) is emitting Steam and Natural Gas when active.

Before the last hot fix there was no NG near the geyser. On the other side of my base there is a NG geyser, which just went out of its dormancy.

I also only have one flatulent dupe, so i doubt that is the source of the gas either.

Steps to Reproduce
no clue.
Followers 1
Go to bugs