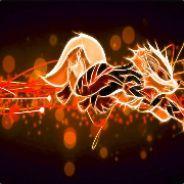 New character maybe for a mod?!

By Badarokey, May 29, 2021 in [Don't Starve Together] Suggestions and Feedback