Pips not planting... can someone enlighten me? 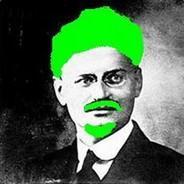 By trottsky,
August 27, 2020 in [Oxygen Not Included] - General Discussion