Confused by No One Left Behind quest moral choice options 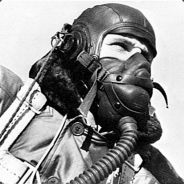 By Algaernon,
June 16, 2020 in [Griftlands] - Suggestions and Feedback