I could use some constructive criticism on my previous base 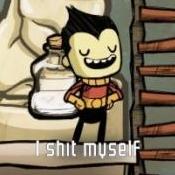 By DrSugarFreeman,
July 21, 2019 in [Oxygen Not Included] - General Discussion