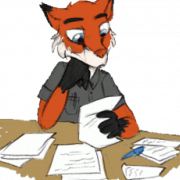 Gemesis
Mod for Don't Starve (Together) to craft and split gems to/from their constituent colors.

Compatible with Don't Starve Together, and all versions of Don't Starve, i. e. Shipwrecked, Hamlet, and Reign of Giants.

Please note that this mod does not add crafting recipes for gems, you'll still need to farm for gems! However, this mod takes a bit of tedium out of farming for specific "high tier" colors of gems, as you can now combine two "low-tier" gems into green and orange gems, and split up the higher tier gems for recombination if you happen to have a surplus of a specific color. No extra cost except for deconstructor staff charges are incurred. In my humble opinion, this mod doesn't affect balancing as much as most other gem crafting mods, and stays very close to the vanilla feeling while still removing the tedious gem farming bits.

If you are running the Steam version of the game, install the most recent version of this mod by subscribing to it on the Steam Workshop, and it will automatically be available in game on the next start. Steam will also automatically take care of updating the mod if a newer version is released. Make sure to enable the mod if you want to use it.

GOG.com or other standalone version

If you're running a standalone version of Don't Starve, you can download a release from Github or from the Klei Game Modifications download page, and extract it into the mods directory of Don't Starve. Please refer to the instructions in the official Klei forum on how to install a mod manually.