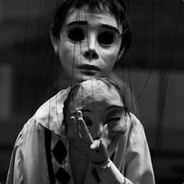 This is the fan-made mod for GuudeBoulderfist: YouTuber, Streamer, and CEO of Mindcrack. This is the first of several planned mods for various Mindcracker's and their friends (~7 total). This mod is compatible only with DST.

Guude's main mechanic is the ability to summon swarms of bees (a reference to his Bioshock playthrough). Press the "B" button to summon 5 bees at a time, each bee costs you 2 sanity and you cannot summon more if you don't have enough sanity to pay for them. Guude Bees do slightly more damage and move faster than normal bees, and are visually smaller, however they only last 45s before killing themselves, and have only 1HP each. Bees will automatically target the nearest monster or large animal. They will never target other players, small creatures, other bees, or shadows.

Guude's pet cat(coon), Conifer, wanders about killing small wildlife and occasionally hacking up hairballs. He is immortal and will not participate in combat - indeed if he gets too close to a monster he will flee at high speeds. It's not possible to loose Conifer as he will teleport slightly off-screen if he is away from you too long, so feel free to let him wander. Watch what you leave on the ground though, as he might decide he likes it!

Guude is an old hand at Don't Starve, and always makes a crockpot as quickly as possible. Any food you eat which is not prepared with a crockpot will cost you 2 sanity (after any benefits or penalties from the food itself), while food made in a crockpot will grant you an additional 2 sanity in addition to its normal effects.

Guude's a nervous guy, and has been know to absolutely drench himself with sweat. When Guude's sanity drops to 60 he will begin sweating, this will slowly increase your wetness until you reach 30 wetness. No amount of drying will overcome this effect, but it will stop when your sanity recovers above 60. If you sanity hits 25 Guude's nervousness will really kick in - you will sweat faster, and the cap of 30 wetness is increased to 65. While sweating heavily Guude has an increased chance to drop his weapon while fighting, beyond the normal chance caused by wetness. Sweating will not kick in while it is raining.

This mod, and the others currently in development were a team effort, with various people contributing both small and large amounts to each individual mod. In the case of this mod, the contributions were as follows - but overall the entire "Modcrack" team is contributing ideas, support and time to making each mod be as good as it can be, and the roles are flexible.

A Github repository for this mod can be found here, contributions are welcome and appreciated: https://github.com/feldoth/DST-Guude