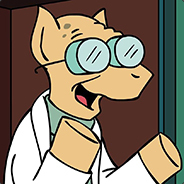 When visiting some locations with 2 unidentified resources (clearly shown in the screenshots with the two (!!)) only 1 resource is actually revealed despite sending 5 research modules and ticking all 5 research boxes on the location.

The 2 satellites in the screenshots were identical before I sent a rocket to research the one on the right. 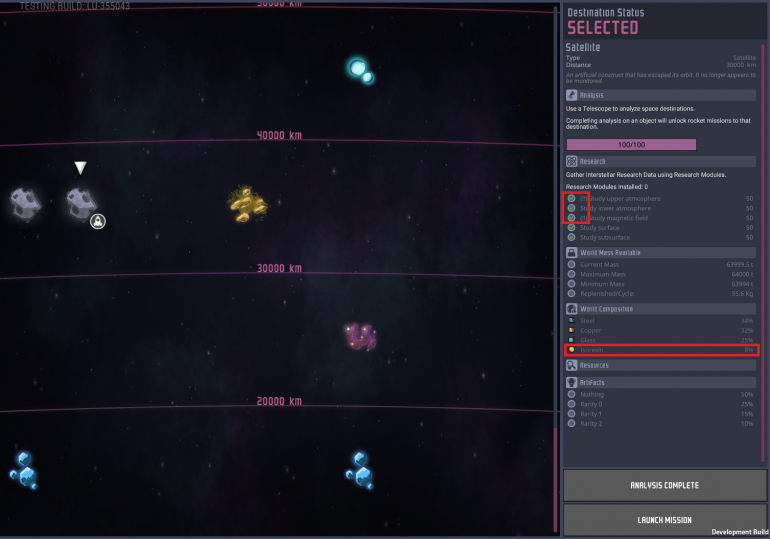 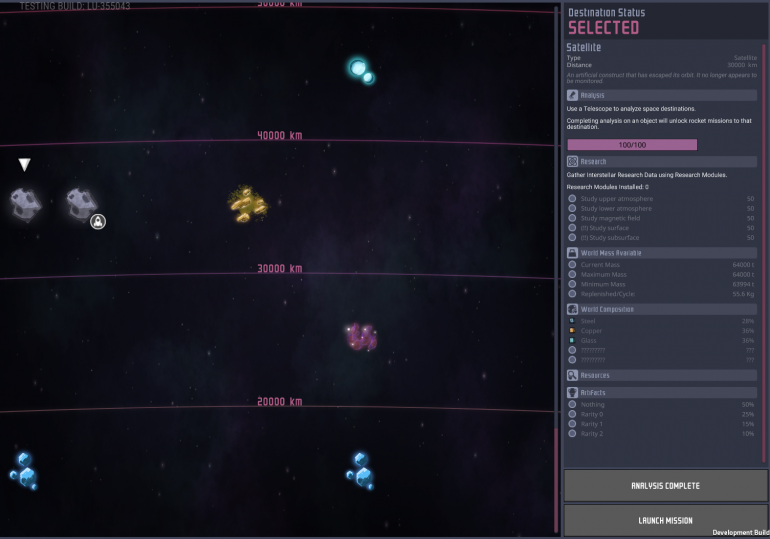 Side Note: I just realized that the Metallic Asteroid at 20k did the same thing.  I visiting this one in a previous preview build (about last week) without a cargo module on the rocket.  So I don't think the cargo module matters.

Edit: I just explored the left Satellite and returned without a Vacillator recharge (as suggested by a comment below), or anything but the usual relic for that matter.  It also only revealed 1 resource under World Composition.

Edit: I tried starting a new game with the same seed.  The space layout is completely different.  I suspect that the changes over the testing builds between when I generated the asteroids may have something to do with the reported behavior, but I'll have to play through another run on this map to see for sure.

Final Edit: Creating a new game with the same seed on the stable launch build, the celestial bodies appear to show the relevant number of ????? markers under World Composition.  I played right up until the space exploration phase of the game and found no anomalies while exploring/researching the first 40km of celestial bodies.  So feel free to close this bug report as I cannot find any evidence that it exists anymore.

Steps to Reproduce
Send a research rocket to (certain?) asteroids with 2 unidentified resources. The rocket may or may not need to have 5 research modules to tick all of the (!!) boxes at once.
Followers 1
Go to bugs