Save file attached at end.

Recently my bridges have been acting strange and causing the gas to not flow and combining as expected.

Screenshots worth a thousand words:

Here you can see that the above line is backed up and is not flowing. What should be happening is that the lower line should be backing up and adding to the top line if there are any packets less than 1000g. 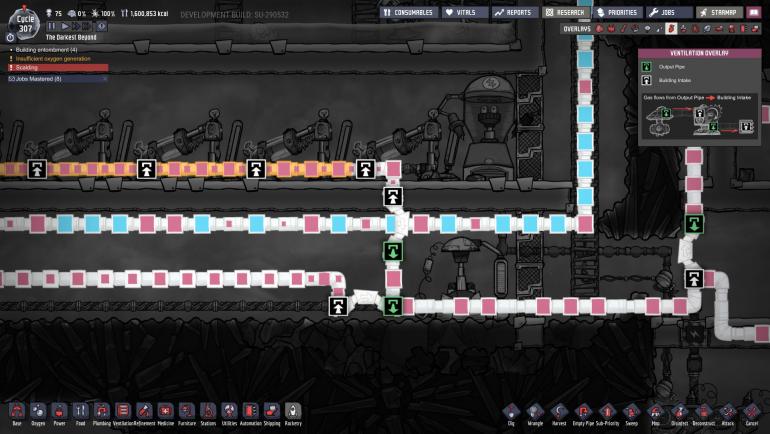 If I destroy the bridge, the gas from the top line flows as expected. 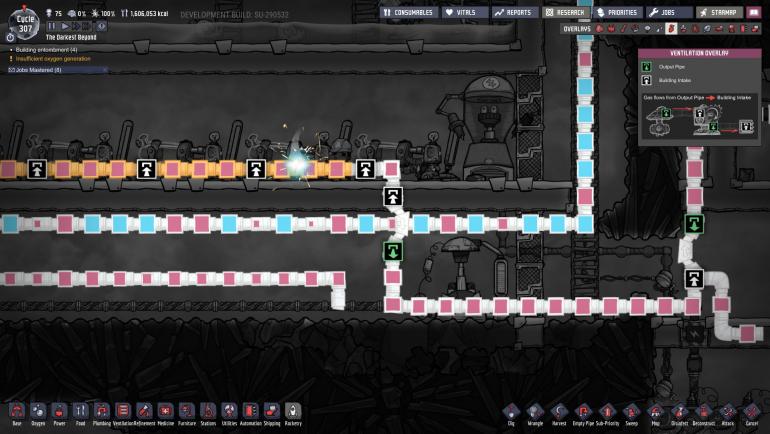 Steps to Reproduce
Unsure; it doesn't happen to every bridge, just certain configurations. I will post updates if I figure anything out.
Sign in to follow this
Followers 1
Go to bugs