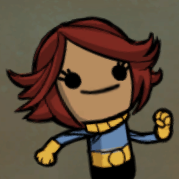 I want something built urgently, make it urgent with !! priority. The duplicants run about in panic, do everything ELSE except build the !! thing, forget even to go breath, so they die suffocating.

I want the !! priority to exceed everything else. Now the dupes only do 'emergency' stuff. We have the emergency button for that. !! should only affect on the dupes doing that particular job. In this case builders. Why does my cook have to panic?

Steps to Reproduce
Just make something !! priority when you have low oxygen in your habitat
Sign in to follow this
Followers 2
Go to bugs