Playing a one-dupe world I was (finally) ready to launch my first rocket.

When the dupe entered the rocket it triggered the "Colony Lost" pop-up notification. Even though the dupe is alive, but is in the rocket.

The red "colony lost" notification in the upper left side of the screen remains, even after the dupe has returned from their space mission.

Suggestion/possible fix: this pop-up could have a check first, to see if there are any dupes in rockets or on space missions (from which they will return, i.e. not the temporal tear)

Edit/addition: the resource list also becomes wonky when there are no dupes on the asteroid, when all are in space. Presumably due to how the game calculates what resources can be reached, which goes a bit funny when no dupes are around to reach any resources. The resources don't show 0 for all things - some show there being a bit of resources, many show there being no resources of that type. 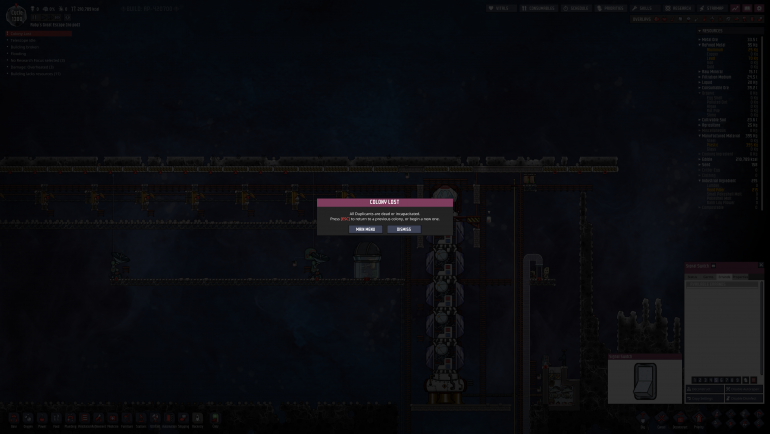 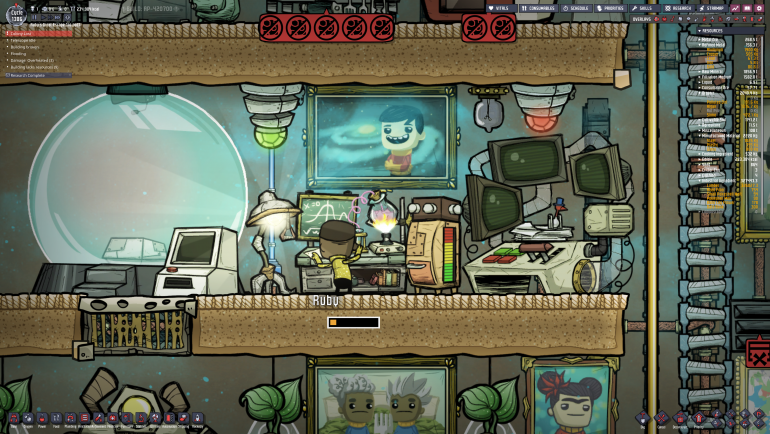 
Kill off all dupes but one.

Have them enter a rocket.

Send them on a mission and back.

(Might work with more dupes but just having them all enter rockets.)