Black floor in house after reconnect

I saved and exited in my house so I could show a game-crashing bug, but I reconnected and my house's floor was gone. Also, for some reason, my bird trap (which was previously missing due to being eaten up by the floor because of the 'cloudy floor of death' bug) became activated as if a bird got trapped in it, and was also floating as if it was on water.

The bird trap appeared (unactivated) before I saved and exited, but didn't realise it was there until i saw it activated in my now black house, and looked back in my screenshots to see it there, unactivated.

So basically two seperate bugs, my bird trap reappeared after being eaten up by the floor (from another bug)

And my house floor became pitch black, and activated my bird trap. Since it looks like the trap is floating on water, I'd assume the ground has become water, which.. is bad.

Update: I left the house and re-entered and now everything is pitch black. It's not darkness so I'm not dying, but now I  can't leave and my house is now a void. 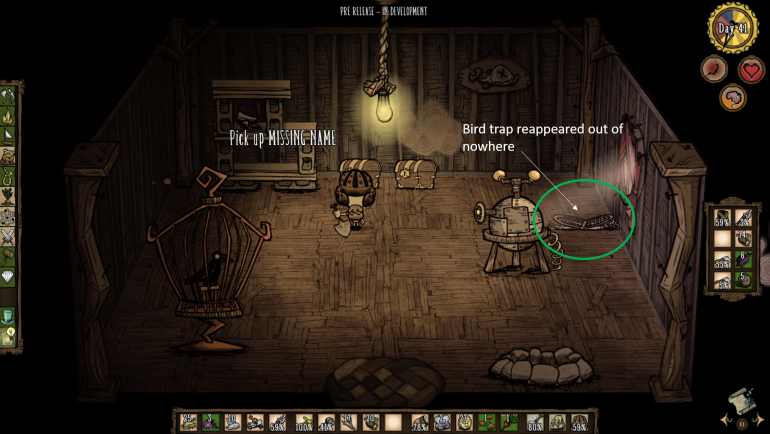 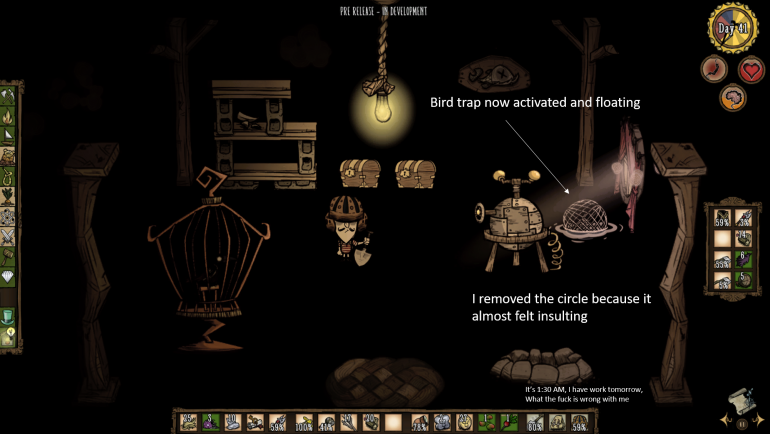 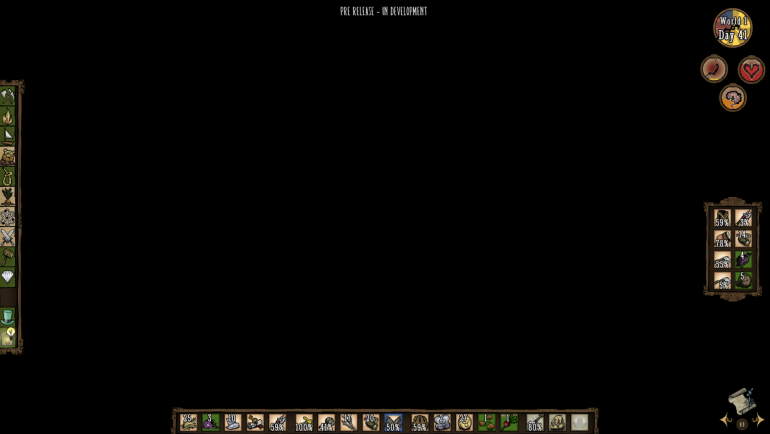