1st Round Fist Full of Jam

Hello, i think i found a bug.

In the recipe book, the Fist Full of Jam without silver plate give 1 Saphire medal as a Snake or Dessert.

First round is always Snake and i make a Fist Full of Jam and it gave me only 6 coins.

So, i think the recipe book is not refreshing or the fist full of jam gives wrong 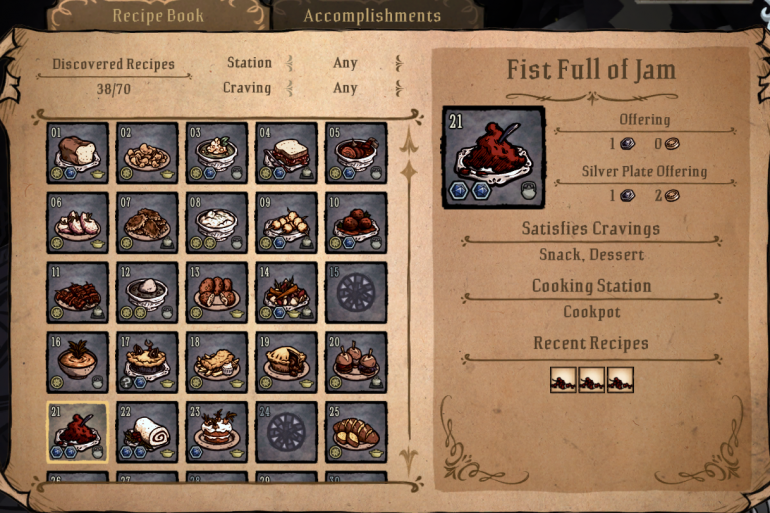 Steps to Reproduce
- Create a custom match, take our caracter and vote to start solo. - Buy the Cookpot and install it - Gather 3 berries and put them into the cookpot - Make your Fist Full of Jam and place it to the altar - See this is not 1 Saphir medal but 6 Coins
Sign in to follow this
Followers 1
Go to bugs