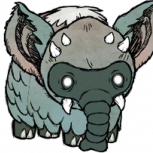 Throughout beta and first day of release, barely any issues. Maybe one or two lag spikes and disconnects in several hours.

Second day, a rare disconnect during a match here and there. Not much of an issue.

Now, nearly every match I get disconnected and sent back to the logging in screen. Sometimes more than once per match. Most of the time I can get right back on the server, but It's a real liability.

Doesn't matter if it's a European based server with 40ish ping or for example NA with 150ish ping, lag suddenly spikes and I'll get disconnected all the same.

Whatever was changed after the start of the event, undo it.