[Suggestion] Making Nitre from Guano should be introduced 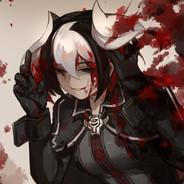 By okarin31,
May 21 in [Don't Starve Together] Suggestions and Feedback