How come Playstation has Local Coop but not PC? 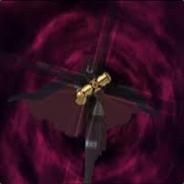 By Zeldicon,
August 21, 2021 in [Don't Starve Together] General Discussion