About keeping the Eye of the Storm "rolling" 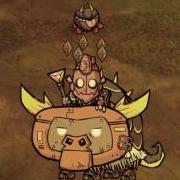 By EirikGerhard,
May 8, 2021 in [Don't Starve Together] General Discussion

Will you keep the mysterious energy constantly activated by inserting all three altars?