Doesn't salt form on the world used before the salt update? 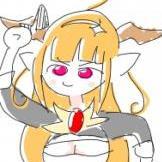