What will happen when the PS5 comes out? 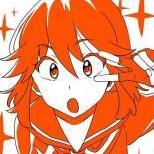 By VashAlexx,
October 12, 2020 in [Don't Starve Together] PlayStation