World gen and trying to get the perfect world 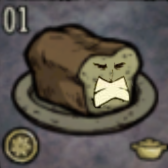 By Hungryeviltoast,
February 26, 2020 in [Don't Starve Together] General Discussion