Server not launching when auto updating but launch when someone updates it manually ! 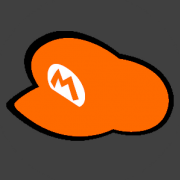 By Mario172,
February 18, 2020 in [Don't Starve Together] Dedicated Server Discussion