Options in Purchasing Skins on Console 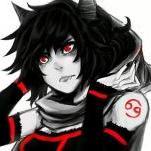 By DrownedCancer,
November 8, 2019 in [Don't Starve Together] Xbox One