What Woodies rework shouldve been... 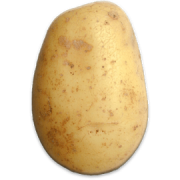 By FyreIsBoss,
September 13, 2019 in [Don't Starve Together] General Discussion