Shears at the General Store 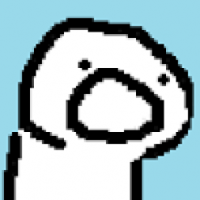 By TheOnlyGuyEver,
May 3, 2019 in Early Access - Suggestions and Feedback