modding Game crashes after clicking into 'Host game' or 'Mods' 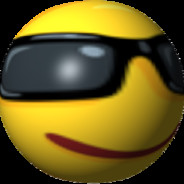 By skLaszlo,
February 8, 2019 in [Don't Starve Together] Mods and Tools