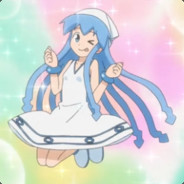 +Of course, the character himself.

*Eldritchian Being: Man, does being a cosmic monstrosity have benefits. Cthulhu takes less sanity drain from all sources, such as darkness or monsters, but he suffers sanity loss from sunlight. In fact, he GAINS sanity in the dark! He is quite durable, featuring high regeneration and knowledge beyond human understanding, giving him access to every magic. His amphibious form puts him into godhood among the Merm, who will remain neutral to him, while the Pigmen seek to foolish avoid their end. Cthulhu is slightly resistant to rain and 2x weak to fire, however. He can also see in the dark. He also drives people insane, obviously.

*Wicked Muscles: Man, does Cthulhu lift! He has 1.4x the strength of wimpy Wilson. In fact, he is so brawny that his own muscles weigh him down! His diet(and hunger to end all life and usher in a world of chaos) exclusively accepts only meat, making farms useless. He also burns with the fires of hatred, which makes his hunger drain fast!

*Perchant for Violence: Cthulhu's sword is his keen friend, dealing more damage(but having less uses) than a tentacle bat. He also is slightly larger than your average character!

Takes no Night Sanity Drain, instead regenerating sanity in darkness.

Sunlight ticks away at his sanity.