[PS4] No Varg and Ewecus are spawning (again) 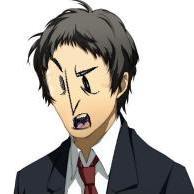 This bug was fixed a while ago but it seems within the last updates it's impossible for me to find a ewecus . I have a 300 days server but I cant get any ewcuses to spawn. I followed like 10 suspicious dirt piles and I got none! At first I thought I was just unlucky but after 10 tries I don't think it's just me being unlucky.

Steps to Reproduce
Try to find a ewecus or varg!
Followers 0
Go to bugs