Opening and closing containers over and over again 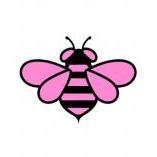 Had a game with some friends last night, every now and then one of us would get stuck in a loop where their character keeps opening and closing a container (chest/icebox/saltbox) over and over again. Pressing X or O didn't stop it, moving away from the chest would sometimes stop the loop, but often the character would move back to the chest and keep opening/closing it.

Also had a similar issue when trying to pick up objects off the ground (especially if there are many objects lying around) The character would get stuck in a "picking up" animation that repeated over and over without actually picking up the object.


- playing in a world created before the update

- the character gets stuck in a loop

(this doesn't always happen, maybe once every 1-2 days, not sure what is triggering it)