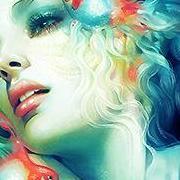 At cycle 26, all (6) dupes are stuck on a continuous cycle of watering algae plants.  Watched as the "awaiting delivery" number jumps progressively up, I have one plant crawling in the 100s of Kgs.  Only current fix I show is deconstructing.  Tried to reconstruct and new algae plants turn into 'black holes' instantaneously. 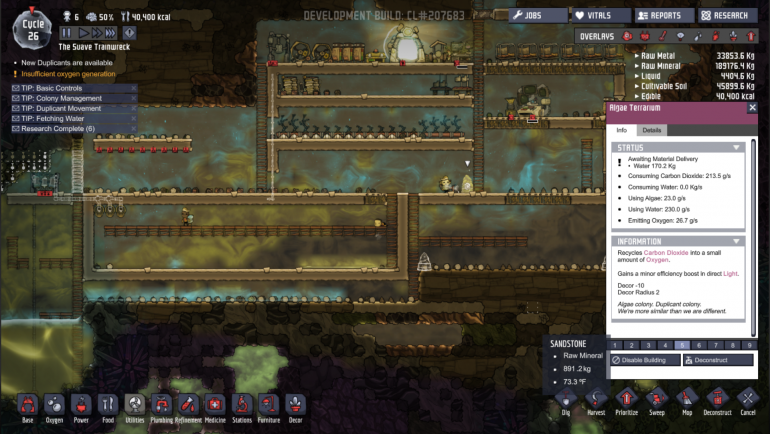 Originally I thought the only thing effected, or turning into a 'black hole' for water, was the algae.  After I removed all the algae, rebuilt them in a different location, SOME of them didn't glitch, most did.  Those that did I set priority to 1 and would deconstruct and reconstruct after they died.  However, on cycle 28 I began to notice research halt... the dupes were dumping water into the large research machine, just like the algae. 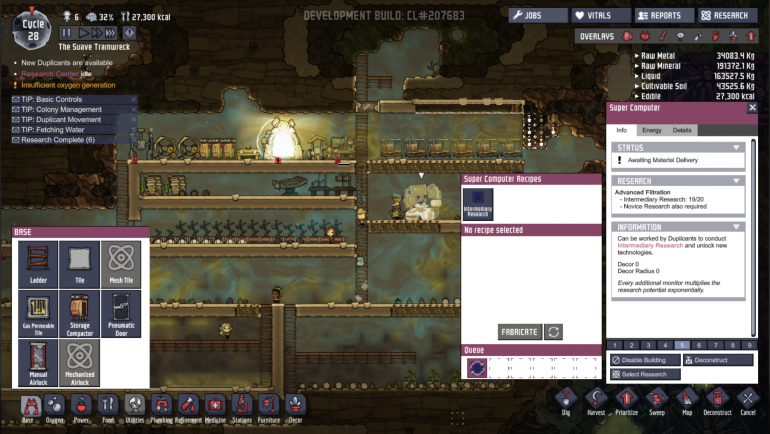 It doesn't state any amount that's changing/fluctuating in the super computers information, but it has a constant message of 'Awaiting Material Delivery'.

Steps to Reproduce
Plant algae terrarium and wait until cycle 26. (This was went I caught it, may occur sooner.) Research on super computer at cycle 28 and the dupes start to dump water into the machine.
Followers 0
Go to bugs