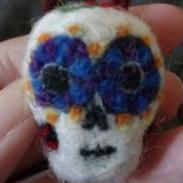 I'm having trouble with the dupes doing what they should.  I've had dupes starve, despite plenty of food. I've gotten a lot of "suffocation" alerts, because they don't move enough into an oxygen environment. I've even had a few die, when while there were limited pockets of O2 at the time, they were nearby them. Previously also re: starvation, the dupe that is the most hungry gets the next harvested food, which has not been happening. Frustrating since I cannot direct a particular dupe to eat. I've had them ignore their need to go to the bathroom (without having red alert or having level 9 priority items) and end up having accidents, despite being near an accessible bathroom.

Finally, when assigning priority to tasks, the dupes are ignoring that.  I was short on O2 and put making an algae oxygenator as priority 9, metal nearby, 6-7 tiles of wire needed added.  I could not get it completed in two cycles.  Some was because they were moving food between ration boxes, others were doing other things, none of which were rated above a priority of 7, and none were essential to survival.

It's definitely frustrating!  If I could even just tell a particular dupe to do something, but while I move them somewhere, i can't control what they do when they get there.

Steps to Reproduce
Don't know exactly, I'm including the most recent cycle save for it.
Sign in to follow this
Followers 0
Go to bugs