There have been comments on the forums about gases not diffusing properly.  In order to test this, I used the debug tools to create multiple types of gas and let them combine.  The gases in the picture are, from top to bottom, Hydrogen, Helium, Oxygen, Chlorine, and CO2.  These are the problems that I notice: 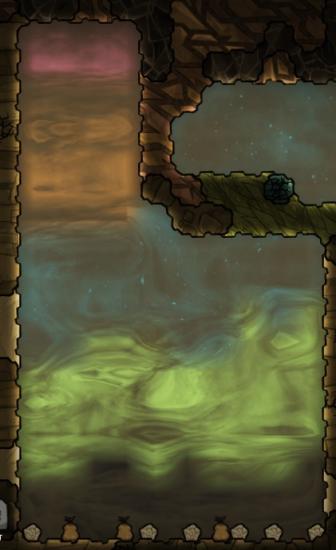 Steps to Reproduce
Create one large room with multiple types of gas. Observe them while they stratify.
Followers 0
Go to bugs