I had a powerless gas filter design which i disconnected the ouput. I noticed the gas slowly moving out of the loop.

In the image below the oxygen pipe leading upward is not connected to anything, the pipe on the bottom is flowing right to left, Valve set to 1g/s 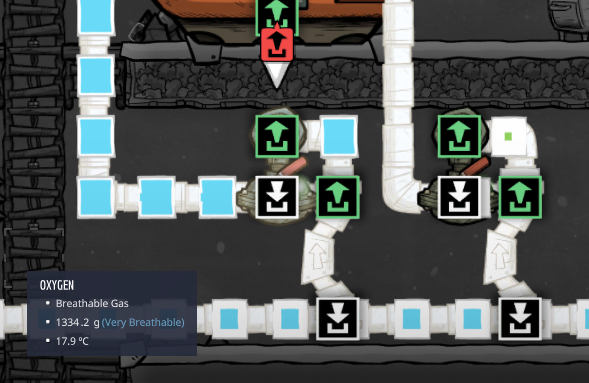 Included are 2 logs, -prev is with mods, the other is without. both cases the bug is still present