[EU] Dupes Won't Use Lavatories While On Equipment 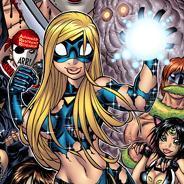 Dupes would rather hold it until they release while using equipment instead of going to the Lavatory during work time. Leaving out an Outhouse seems to stop them from releasing all over the base.

Other things that need to be adjusted:

- Dupes shouldn't be able to Shower during work time. They get one drop of Polluted Water on them and run right to the Shower. It takes forever for Miners without Exosuits to dig out/build an area where PW is with them running back and forth repeatedly.

- Dupes should go to the Lavatory during sleep time. They current release in bed instead of getting up. This could be a part of this main bug complaint.