Dupes Vomiting into Airflow tile deletes the vomit (Spaced Out!)

I thought that maybe it was simply being pushed off the AF tile, but this was not the case, the mass of the surrounding puke was not increased and it did not spread. 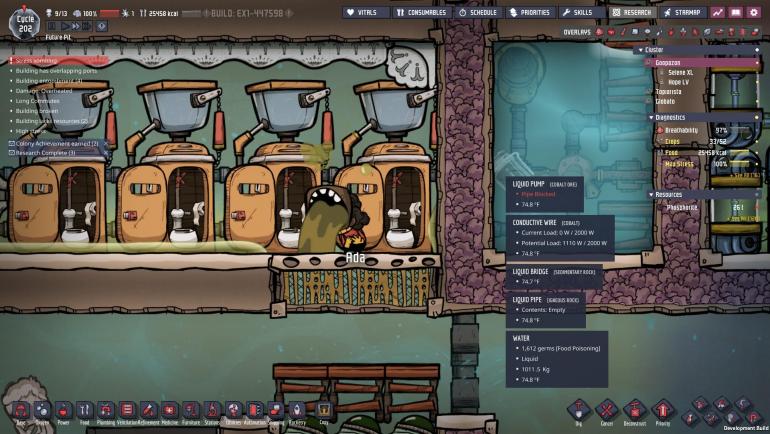 I really don't know what might have caused this but