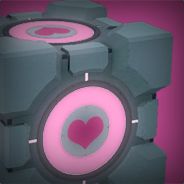 DST was working fine until yesterday, where launching it has the app appear to be starting up (visible in Dock with the pulsing indicator) for about half a minute, and then exits with no explanation.