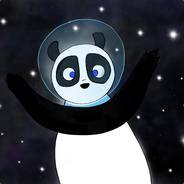 I'm playing on Mac OS Catalina, and typically use an XBOX 360 controller, however, the problem remains the same with a Steam controller and an XBOX One controller. In game when playing Don't Stave Together, when trying to move between objects in the inventory, it is way too sensitive, which makes it impossible to select what you want reliably. It usually moves 3+ squares at a time, even with the smallest movement. I tried changing lots of settings and nothing helped.

I then tried to change the settings for the controller and found a bug which does not allow settings to be changed. If you try to change them, the screen flickers and automatically changes to R and won't let you move it.

Unfortunately these problems together make the game totally unplayable with a controller. I've played for years, but haven't for a while, and only now is this an issue.

Steps to Reproduce
Use Mac OS Catalina with any controller. Try using the inventory. Also try to change settings in the options - controller menu.
Sign in to follow this
Followers 4
Go to bugs