Flingomatic fails to protect berry bushes from wilting in summer

I have a berry bush farm about 2-3 screens away from my base's main area. During summer, even when I remember to return to refill the flingomatics, I occasionally witness that the berry bushes are either wilted, or don't have berries and won't have them for 5 days (as shown by ShowMe mod).

I have had a similar problem with farms (I haven't used them since, and I think the issue happened after spendin time in a different location, but which was about the same distance away from the farms, as the base central area is from the berry bushes now. A forum user has suspected this might have something to do with object pop-out/in. (See link)

Session save provided - this was just before I approched the berry bushes after returning to base.

Layout (currently standing right in the base's central area, berry farm with toothtraps on the right, next to beeboxes): 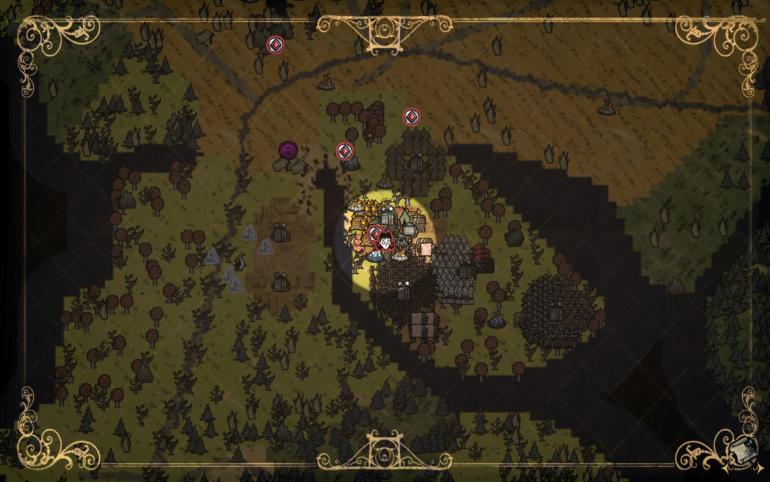 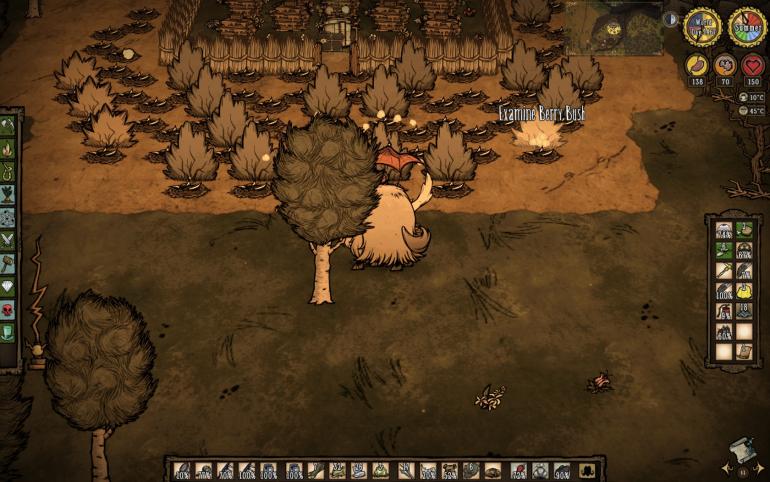 Steps to Reproduce
Uncertain - use base layout as in provided savefile, top up the flingo, spend some time (3 seg) in the main area, then leave for ~2 days. Alternatively, after refuleing flingo go to beefallo pen, spend 2 segments there (repairing licks), go to central area to fetch the rider, return to bushes to find them withered.
Followers 1
Go to bugs