Some issues I had with Hamlet 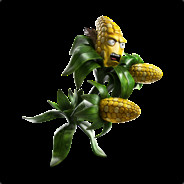 By FelipeGames2000,
November 28, 2018 in Early Access - Suggestions and Feedback