What do you name your asteroid? 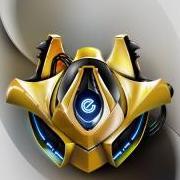 By crypticorb,
October 8, 2018 in [Oxygen Not Included] - General Discussion