Anyone willing to program something into a mod for me? (Will do for price as well) 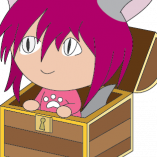