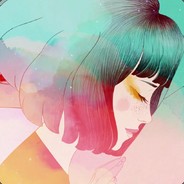 Finalized thoughts on the Forge

By Pink_Infatuation, October 31, 2017 in Suggestions and Feedback