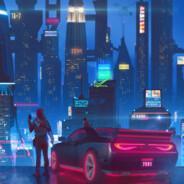 Dreaming about Shipwrecked together

By EGOrShoooter, August 21, 2021 in [Don't Starve Together] Suggestions and Feedback