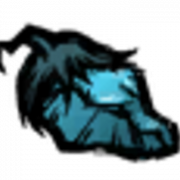 Boss idea from a idiot

By glowy person, June 4, 2021 in [Don't Starve Together] Suggestions and Feedback