Can this space scanner -> bunker door automation be simpler? 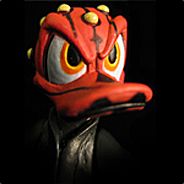