Invalid token error no matter what I try to do about it. 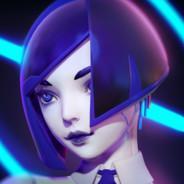 By Alsgild 2,
January 8, 2021 in [Don't Starve Together] Dedicated Server Discussion