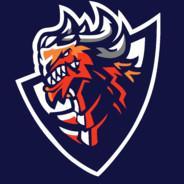 An idea for a little combat overhaul

By _MAKSU_, December 13, 2020 in [Don't Starve Together] Suggestions and Feedback