a couple of thoughts 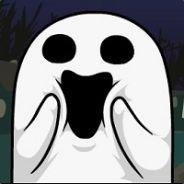 By Bestyan_,
November 26, 2020 in [Oxygen Not Included: Spaced Out!] - Suggestions and Feedback