Reload blocklist.txt/adminlist.txt without restarting the server 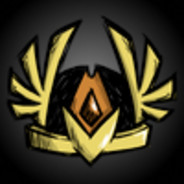 By xFleury,
November 8, 2020 in [Don't Starve Together] Dedicated Server Discussion